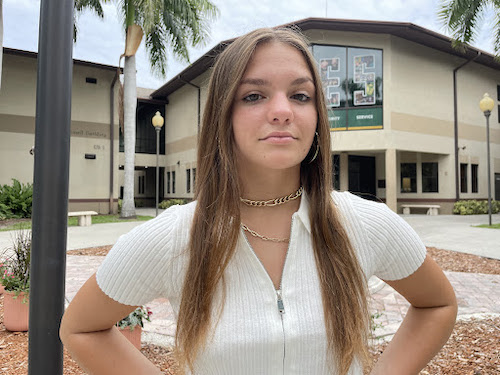 Junior Alyson Folkens has been an active member of the Saint Stephen’s Varsity Volleyball team since she was in middle school. Even over the summer, Folkens continued to play volleyball with her club team, The Siesta Key Juniors.

When The Gauntlet asked Folkens what the best part of her summer was, she said, “We won Nationals, so we got to go to the Junior Olympics. We didn’t win because that’s like a huge thing, but it’s very difficult to qualify for and we did place fourth overall. It was great.”

During the Nationals game this summer, Folkens added, “there was a 6’5” girl playing middle on the other team who spiked the ball straight down and I passed it.” Folkens is a DS (defensive specialist) on her club volleyball team and continues to be one of the best back row players on the Saint Stephen’s Varsity Volleyball team, leading both of her teams to several victories.

Shortly after Nationals this summer, Alyson injured her knee (almost tearing her ACL) at volleyball practice and didn’t get to play in her last club volleyball tournament . Thankfully, Folkens has completed extensive physical therapy and is now able to get back on the court just in time for the start of Saint Stephen’s Varsity season.