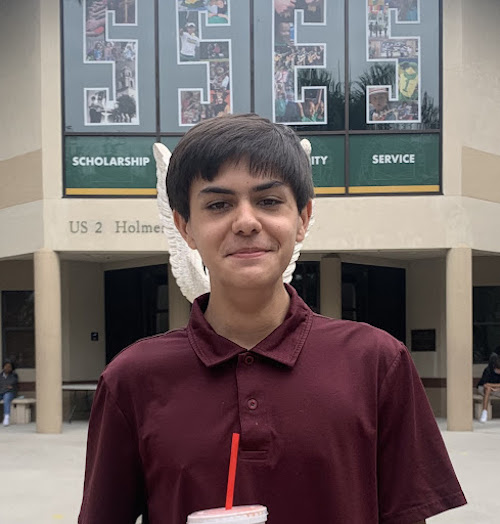 Colin Kiernan is a Senior at Saint Stephen’s. He was born and raised in the great state of Florida, and at school, Colin works as the team manager for many of the varsity sport programs such as Football, Soccer, and Lacrosse.

When asked what he did this summer, Kiernan said “This summer I went to Georgia for a little while and went white water rafting”. Kiernan also mentioned that he “went hiking to a place called panther creek and hiked for about 7 miles,”and, “saw some pretty cool Mountains and waterfalls”. Overall, it sounds like Kiernan had a fun, event filled vacation.

However, that was not the only thing he did this summer. He also had a bit of a staycation at the local Bradenton beaches. However, he “didn’t see a single sunset because the weather at the time was terrible.” It looks like his summer had its ups and downs (which is to be expected over such a long break) but overall he seemed understanding of this unfortunate event.

Kiernan finished by announcing one of his biggest plans for this school year: he is stepping down as team manager of the soccer team and stepping in as a soccer player. He went to practices throughout his summer break, and when asked how they were, Kiernan said “They were a blast!”