What’s happening in Spring Sports as of right now?

The Gauntlet spoke with Coach Paoletti about what’s been going on and here’s what we found out. 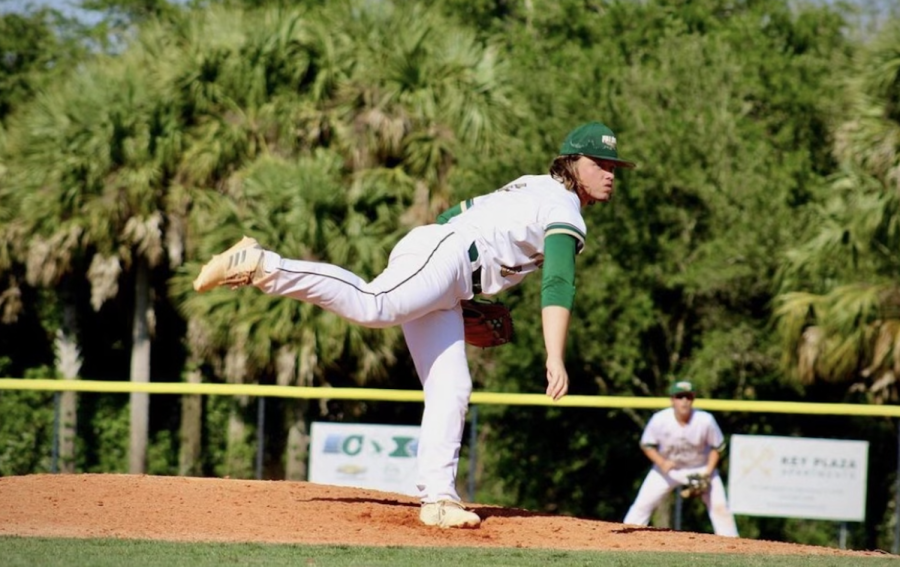 With the end of the school year coming up, the Falcon’s spring sport seasons are nearing their end. Want to know what’s new in Falcon sports? Here is an update from Coach Paoletti on our 2022 spring sports teams:

After dominating in District and Regional finals, the entire varsity boys tennis team is off to States! At the time of publication, today, April 25th, the #1 doubles team (Jake & Max Pettingell) won their quarterfinals match v. West Shore High School. The #2 doubles team (Tomas Martins & Ricardo Perazzolo) earned a win. Next our Falcons will play the winner of Trinity Prep & Berkeley Prep.

The #1 doubles team (Maria Petrova & Mia Ferdinand) are on their way to states as well where they will compete in the state tournament.

This past Thursday the varsity girls and boys track and field team competed at Shorecrest Preparatory School in the district meet. The girls team placed 7th overall and the boys 3rd. The following athletes will be advancing to regionals meet:

Layla Smith for the 100 meter hurdles.

Caleb Johnson for the discus throw.

Evan Brown for the javelin throw.

Julian Lazzara for the 110 meter hurdles.

Justin Millican for the 400 meter dash.

Julian Lazzara for the 300 meter hurdles.

The varsity boys baseball team’s record is currently 7-2. They are expected to finish the season with a record of 8-2 while being seeded third in their district out of seven other schools. Their next game is this Wednesday at 7:00pm at home vs Bayshore High school.

Unfortunately the boys lacrosse season came to an end last Wednesday night after they lost to Cardinal Mooney Catholic High School in the regional quarterfinals. The team had a great season ending with a record of 11-4 and will have many key players returning next season.

The girls lacrosse team will play in the regional semifinals on Tuesday at the Out-Of-Door Academy at 7:00pm. If they beat the Thunder, they will be moving on to the regional finals game and have the opportunity to advance to the state tournament.

Good luck to all of our Falcons these next couple of weeks. Let’s bring home those trophies!