The discontinuation of 6 books by the beloved author has raised questions about his future in society. 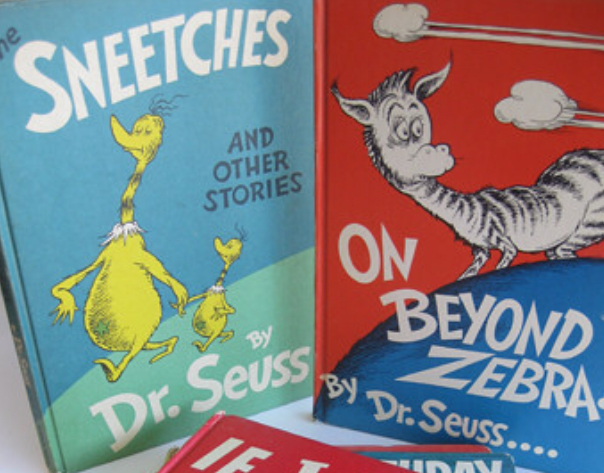 When you opened up a classic Dr. Suess book as a kid, you probably were transported to a fun, wacky world where cats in hats turn up on rainy days and characters dine on green eggs and ham. However, Americans are coming to the realization that their precious children may also be seeing racist imagery in those famous pages.

Six of Dr. Seuss’s books, including childhood favorites “And to Think That I Saw It on Mulberry Street” and “If I Ran the Zoo,” are going to be shelved by Dr. Suess Enterprises. This simple act has opened another front in the culture war: whether we as a society can continue to endorse artists and other creators who say and do racist things.

Theodore Geisel, or Dr. Seuss, is one of the most influential children’s authors in the world. He transformed generations of childhood reading from a boring chore to a vibrant journey of learning. When a kid opens up a Dr. Suess book, they don’t just learn to read, they learn to love to read.

Dr. Seuss’s importance in shaping the values of young readers may be why his books have come under scrutiny recently. As mentioned, Dr. Seuss Enterprises, who manages his estate and legacy, has decided to discontinue publishing six of his books: “And to Think That I Saw It on Mulberry Street,” “If I Ran the Zoo,” “McElligot’s Pool,” “On Beyond Zebra!,” “Scrambled Eggs Super!,” and “The Cat’s Quizzer” because they include racially insensitive imagery including stereotypes and caricatured representations of minorities.

Stereotypes are a widely known and oversimplified image of a person or thing, often negative. Lance McCready, an associate professor at the Ontario Institute for Studies in Education at the University of Toronto, notes that if kids continue to see these stereotypes in books at a young age, they’re more likely to believe those negative stereotypes. Furthermore children without exposure to minorities and other cultures are more likely to believe these false stereotypes.

Books are often discontinued for many reasons. Some might be taken off the shelf because they don’t sell well. Sometimes authors don’t think a book fits the brand they want to create.. But the country is going through a reckoning: a reckoning of how we as a modern society should portray race and how we should view predecessors whose art doesn’t meet today’s standards of sensitivity. So when we place the discontinuation of these books in our current cultural reckoning, it’s hard to ignore what the discontinuation of these books represents.

The negative impact of the Seuss book discontinuations is hard to notice. Four of these books already weren’t selling well, so weren’t being read widely by readers. Furthermore, the most popular of Seuss’s books like “Green Eggs and Ham” are still on the shelves. In fact, after the news of the discontinuations, there were massive surges in purchases of Suess books, showing that there isn’t any impact on anyone’s bottom line and that these actions don’t constitute mass censorship. It seems harmless to take already unpopular books with racist imagery away from children to prevent propagation of harmful stereotypes.

Still, when books of Seuss’s were written over a half century ago, holding those books to the same moral standards of today when public perception on race has changed so much seems unfair. That’s why many were outraged that works of the famous author were “cancelled” because they had imagery from a different time, a time where the images Suess used, like blackface and harmful Asian stereotypes, would’ve been more acceptable.

Many have argued that these actions amount to censorship by a “woke” nation who wishes to wash away classic children’s tales.

But taking this incident as an example of “Cancel Culture” is simplistic and a poor message to take away from these events. It’s not censorship by a group that wants to wash aside an author because his drawings don’t fit our modern perception of race. In fact it is much more accurate to take this incident as a decision by a private business, and the family of the deceased author, deciding that racism didn’t fit in their brand or what they wanted to represent.

If we accept that every change in our popular culture is cancelling someone or something, we denigrate our culture to one that treats literature and art as battles in a culture war; battles that lead people to ignore the nuances of each individual author.

English teacher Mr. Johnson notes that every time an individual’s controversies come up in the news, he remembers “Everyone is a complicated, messy human being.”

When we acknowledge an individual’s faults and strengths as parts of a more nuanced approach to cultural figures, we amplify our society towards one that is honest about all sides of our celebrities, the good… and the bad. Denying the bad aspects of authors like Dr. Suess can cause more damage than the often complained about “cancel culture”.

With Dr. Suess, we ought to acknowledge that people change and that Dr. Suess evolved in his writing, moving away from his past of promoting stereotypes as he grew and changed as a writer. We can still respect his later works as achievements of a changed man who evolved his views on race and still enjoy Seuss’s works for the fun children’s tales we know.

His journey from the racist imagery in “If I Ran the Zoo” to the celebration of diversity in “The Sneetches” represents the journey we all need to take to become a more accepting and open society.

However, society can’t accept that Dr. Seuss’s exalted status is what keeps books with racist stereotypes in childrens’ hands. Dr. Suess is not so sacred that his harmful works are protected from a desire to nurture children to form a better generation. What Dr. Seuss Enterprises recognized and what we should remember is that enjoyment of Dr. Suess will continue and even grow without the racist imagery of the past seen in these six books.

Society’s real quarrel with the decision to cease publication of these texts is how we can continue to support the best works of Dr. Suess without endorsing his worst biases. Dr. Seuss Enterprises made a distinction for us. They took away disappointing aspects of the Suess legacy while keeping his best aspects for us to enjoy. While the Dr. Suess drama seems to be coming to a close, society will need to realize as we learn more about important figures from our past, we must make our own decisions and distinctions, with proper nuance and context, to find a better perspective on society as a whole.