The Social Dilemma: Is it really a dilemma?

The directors of The Social Dilemma probe the minds of former Google, Pinterest, Facebook, and Firefox employees and presidents about the newly-emerging (and considerable) pitfalls of social media. 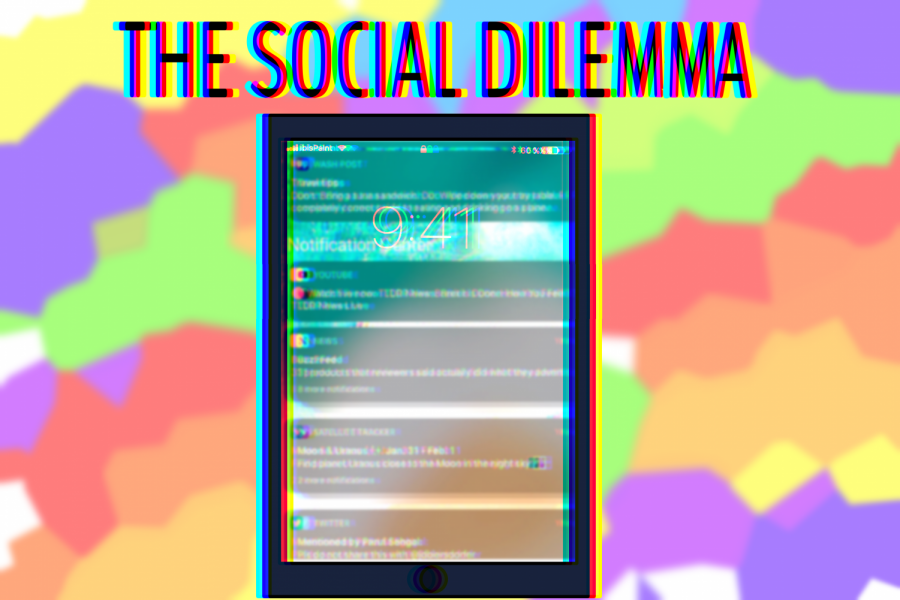 The Social Dilemma depicts the dangers of social media.

The Social Dilemma delves deeper into untold truths about the tech industry (how companies manipulate what the users see, like, click on, and watch for their own selfish benefits). The film highlights the tactics big tech uses to keep you clicking and looking at your devices. As it turns out, billions of people who have social media platforms are unknowingly being sold off to advertisers.

This data selling will only continue because tech and social media users will only increase with the next generation. So, what is the problem with this “use” of users? Is there a problem? Because that’s what the film intends to say.

In my opinion, the problem isn’t as bad as the film makes it out to be. We use our cellphones every day for everything. Since we’ve come to adapt to using technology and media for so many different things, we’re not going to stop using Google and Youtube because they “use our data.”  The reality is, they make our lives easier, and that’s worth it.

The documentary depicts how algorithms track people’s every move. The filmmakers created “personifications” (actual people) who “represent” the three algorithms in the film. These “algorithm people” watch how long a user looks at a post, which posts they look at, and what they click on as they’re mindlessly scrolling through their feed. If these personified algorithms see that the user spends longer on a post from the NYT, they will manipulate the users’ feed according to what content they think the user will enjoy. The algorithm is made to keep you engaged, keep you clicking, and with billions of dollars of computer power and research, the algorithm literally knows your next move before you.

Senior James Pabon said that “It’s [user tracking] a fantastic business model, and I think it has the potential to connect people all over the world.” But, Pabon added, “people should be made more aware of what they’re signing up for, and I don’t think people realize how much they track your data.”

The documentary makes the case that since algorithms are basically curating your feed based on your search history and tendencies, then EVERYBODY in this world has a particular and unique feed.

Therefore, media users live in their own bubble, so to speak, because one person’s “truth” or set of facts is completely different from another’s. One major issue with this trend is that the content created for one individual could potentially lead to political polarization because this individual will only see one point of view.

The Social Dilemma emphasizes that social media is one of the main causes of extreme national (and global) polarization, and a study conducted by Brown University in 2017 shows a significant increase in polarization.

According to Levi Boxell, Stanford University, Matthew Gentzkow, Stanford University and NBER Jesse M. Shapiro, Brown University and NBER, in 1960, 5% of Democrats and Republicans would feel ‘displeased’ if their child chose to vote for the opposing party, while in 2010, 50% of Republicans and 30% of Democrats would feel “displeased” if their child married into/voted for the opposing party.

So, at first glance, it would seem the documentary’s claim that technology is tearing us apart would be true. However, the correlation between social media and increased political polarization DOES NOT always indicate causation.

Therefore, their results show elders are the drivers of polarization as a result of media influence. They concluded that “[their] evidence, nevertheless, rules out what seem like the most straightforward accounts linking the growth in polarization to the internet” because there are other variables like demographics that come into play. Essentially, these numbers could imply (this, of course, is my own hypothesis) that since Gen-Z has grown up in the digital age, and they are (at least slightly) more aware of fake news and polarization. Future generations will be born into a tech-based world, so they’ll be educated on and recognize the dangers much faster and be aware of them.

There isn’t a simple solution to stop tech companies’ pervasiveness and ad firms tracking users’ data and selling it for profit. The movie suggests that users should turn off their notifications and stop watching recommended videos so that less of their clicks would be sold to advertisers and to combat the tech’s “addictive” powers.

However, it all depends on whether individuals grant consent to a company’s terms and conditions. Since this business and companies will only continue to grow, it’s only up to the users to adapt and either agree or disagree whether they want to use these platforms and agree to have their clicks tracked. Though there are companies that don’t ask for people’s permission to track their data, like Google, people still have the choice of using Google and Gmail or not.