Thoughts on prom (from a senior who hates social events)

I never thought I'd be at prom, but somehow I found myself there. Here's a little secret for you: It wasn't as bad as I expected it to be. 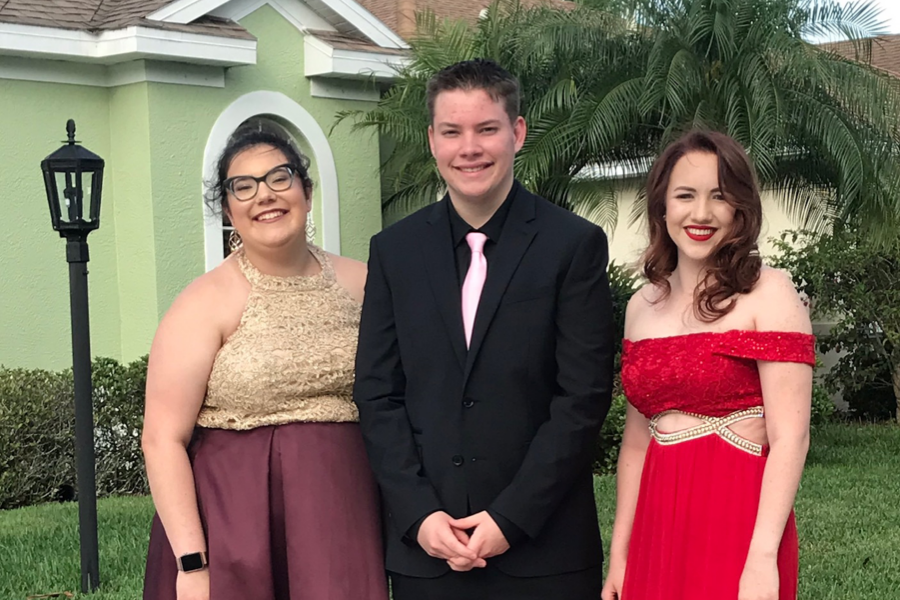 I’ve done the math and there’ve been ten dances that the school’s hosted since my freshman year, plus last year’s winter “informal” event, making that that a total of eleven social events hosted by Saint Stephen’s.

I’ve been to two.

I’m a person who easily gets anxious in large crowds with lots of noise and flashing lights, and I feel like I get lost… Part of me sort of recoils, which is why I usually try to find a semi-quiet area with less flashing lights and less people before it overwhelms me. There’s too much going on for me to really enjoy anything.

I went to Winter Formal during my freshman year (which most of my friends told me wouldn’t be great anyways), and then I went to prom this year, my senior year (which, very fortunately, took place at the Mote Marine Aquarium).

Overall, prom was pretty good, had it not been so hot. Everyone got gross and sweaty before we even began eating, and had their been fans or some sort of air circulation, I would’ve said prom was Amazing.

This year, it was easy to find an area where you could get away from the noise and take a deep breath. We had access to the actual aquarium in addition to the shark tank and “Contact Cove” (which is fancy speak for the touch tank). It’s a quiet and nice area to hang out in when the party became a little much, or when you’re single and don’t want to watch all the couples dancing to a cheesy slow song.

Personally, I think that dances or parties in general should have a designated area that’s separate from the rest of the party. For people who are introverted, being around large groups of people is draining. Having a designated area that’s more quiet and set aside from the rest of the party is something that introverts need sometimes, giving them a chance to take a deep breath and recharge when they become tired or overwhelmed.

I’m getting off track. The point is, if you needed a chance to take a deep breath and be away from the prom party for a minute, you could do that, which was honestly amazing, and I think that’s why I enjoyed prom.

I’m not someone who really enjoys being a part of large parties or groups, so having that ability to just sit off to the side and talk with my friends was a lot better than being on the dance floor. I got to be at prom and be part of the fun and make the memories with my friends, just in a different way than most people did.

So sure, it was hot and sweaty and everyone got gross, but coming from someone who doesn’t go to parties or hang out with big groups of people, I actually really enjoyed prom, and I think it might be one of my favorite parts of my senior year.